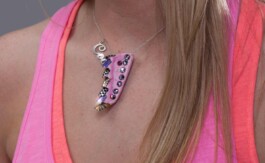 X-Filles (2012-2014) is an accessory line that targets the post-human consumer. Made to accompany the film COCO, X-Filles is a nod to the cyborg who is not so much decorated by an accessory, but rather structured, interfaced, and integrated with it. Coco, like a commercial film, is the reference for accessories in X-Filles, which adopt the role of promotional material for the film. Playing on the movie tie-in, film stills, credits, and props circulate throughout the accessory line, while also defining a subculture around the film’s projected audience. X-Filles consumers desire flexible subjectivities, for whom personas can be plug-ins, and identities hang like lanyards.

X-Filles embraces swimwear, spears, scarves with pony-hair, and, a USB necklace, created with designer Arielle de Pinto, which holds excerpts of the film, writing, and music by the film’s composer, Patrick Dyer.

The accessory is perhaps the most impermanent commodity, the kind that can be replaced as soon as fashion dictates, making it the ideal object in an economy of perpetually circulating information. While X-Filles flirts with the accessory’s noted role as a symbol of status and an impediment to labor, it attempts to surpass these definitions by proposing the accessory as equipment, as interconnectivity, as possibility, and as a point of science fiction social reality. 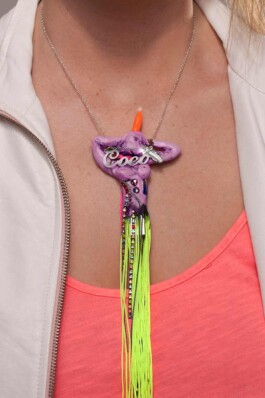 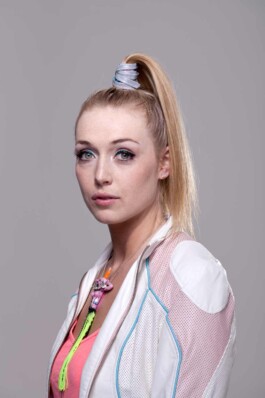 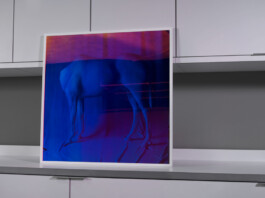 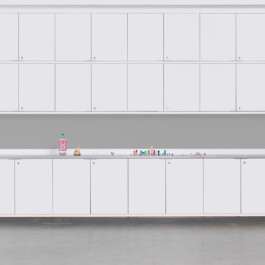 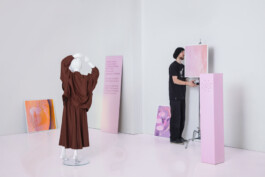 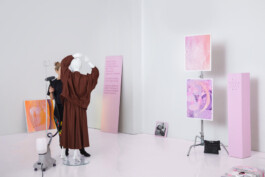 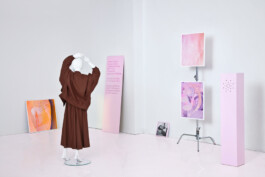 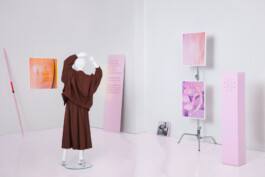